You feel dizzy and your head is spinning around, you open your eyes only to find yourself in a filthy room. You stand up and you realise that you are hostage inside an asylum.

There is something worse than your headache, the thing that you don’t remember anything about your past.  You suffer amnesia and you have to read the patient’s file in front of your bed, just to find out that your name is Mason Powers. You have your first flashback, and then so many questions are floating inside your head. How did you ended up here? Why the doctors want you dead?

There is no other option but to escape as soon as possible and find out the truth. Soon after you will realise that you are a CIA agent and you are up against the terrorist organisation the “Black December”. You have indications that some of their fanatics have infiltrated inside your organisation.

You have about 96 hours to fully recover your memory and prevent Black December’s terrorist attack. You will have to travel from Turkey to Israel, Egypt, Greece, Spain, Italy and Yugoslavia to end up in France for the final act.

During the unfolding of events, the protagonist has memory flashbacks which are revealing more about the background story and directs the player to plan his next moves.

Countdown was released in 1990 by Access Software for MS-DOS, it was praised for the VGA graphics mode with 256 colours, the cinematic cut-scenes which for the time was something really advanced for a video game, and for the sampled music, sound effects and speech. If it’s not the first game, then it is one of the very first titles to have used cinematic cut-scenes to add even more drama to its mysterious scenario.

The controls are of a typical point and click adventure game, with an inventory for keeping stuff to solve puzzles at a later time. Although you can move the character around with the mouse, it feels better to walk around with the cursor keys and use the mouse for giving commands like, open the door, look etc.

The time countdown (hence the name of the game) adds a layer of difficulty, as you have to catch up with the events, otherwise you will lose the train from Yugoslavia to France and will have to start over. Other than the time countdown, escaping the asylum can be tricky when going outside of a room, as the guards are passing by randomly and you have no indication of their proximity, saving a lot at these points is necessary.

Overall Countdown was not among the top titles of the era, but it sure was an interesting title from Access Software with a mysterious and subversive scenario and atmosphere. Definitely it is worth mentioning it from historic perspective, just for being one of the first titles with cinematic cut-scenes and sampled speech.

P.s. If you don’t feel like playing the game but you are intrigued by the scenario, you can watch the longplay here: https://youtu.be/OVByZB1LCow

This site uses Akismet to reduce spam. Learn how your comment data is processed. 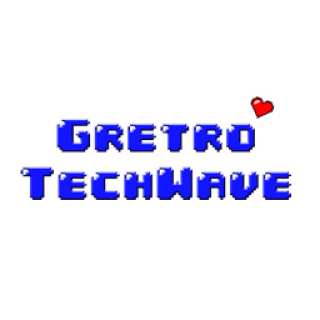 Loading… Vintage computer and gaming fan since forever. Insert Disk 2… The joy of my life is when an old piece of hardware gets revived and restored to its former glory. Mission Accomplished…